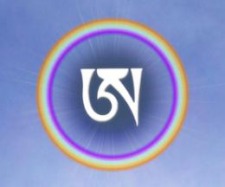 Dzogchen is an ancient spiritual teaching developed in Tibet within the Tibetan Buddhist tradition. It does not belong to a school or religious system. Rather, it is the knowledge that Tibetan masters have transmitted without being limited by sectarianism. The word 'Dzogchen', meaning 'total perfection', actually refers to the true inherent nature of all beings, their primordial state, which is free from all limitations and conditioning. The Master's transmission of this state of knowledge lies at the very heart of the Dzogchen teachings. The Dzogchen tradition has been passed from master to student in an unbroken lineage over the centuries, right up to the present day. Due to its direct and uncomplicated approach, it transcends cultural boundaries making it accessible to all nationalities regardless of their spiritual background.

The transmission of knowledge from master to disciple can be oral, symbolic or direct. The uniqueness of the Dzogchen teaching is the direct transmission or "direct introduction" in which the master and the student find themselves in the primordial state at the same moment through one of the experiences related to body, voice or mind. Due to the power of the transmission, the students are able to discover their own real condition through direct introduction.

"Guru" means master, "yoga" means having knowledge or understanding of one's own authentic state, the essential condition in which there is nothing to change or modify. This is the state of the Guru. Guruyoga is, therefore, the main element in Dzogchen practice.

Three Series of the Dzogchen Teaching: Semde, Longde and Mennagde
Manjushrimitra received the transmission of all Dzogchen teachings from Garab Dorje and subdivided them into three series: Semde, Longde and Mennagde. The three series are three ways of presenting the teaching, each with its corresponding methods of practice; the aim of all three, however, is to lead to final realization. In Semde, the "mind series," the practitioner is introduced to the nature of mind in order to have a concrete experience of it. Longde means the "series of space." In this instance space refers to the primordial dimension of emptiness which serves as a base for manifesting the clarity of the practitioner. Mennagde, the essential series of "secret instructions" or Upadesha, comprises special teachings and methods based on the experiences of masters, with the aim of helping the practitioner progress up to complete realization.

The Longsal cycle of teachings was received by Chögyal Namkhai Norbu through dreams of clarity. Eight volumes of these teachings, comprising the essence of the three series of Dzogchen in their fundamental aspects related to the view, meditation, and behavior, have been published. The complete title of this cycle is Longchen Osal Khandroi Nyingthig or The Luminous Clarity of the Universe, Heart Essence of the Dakinis (female manifestations of primordial energy).